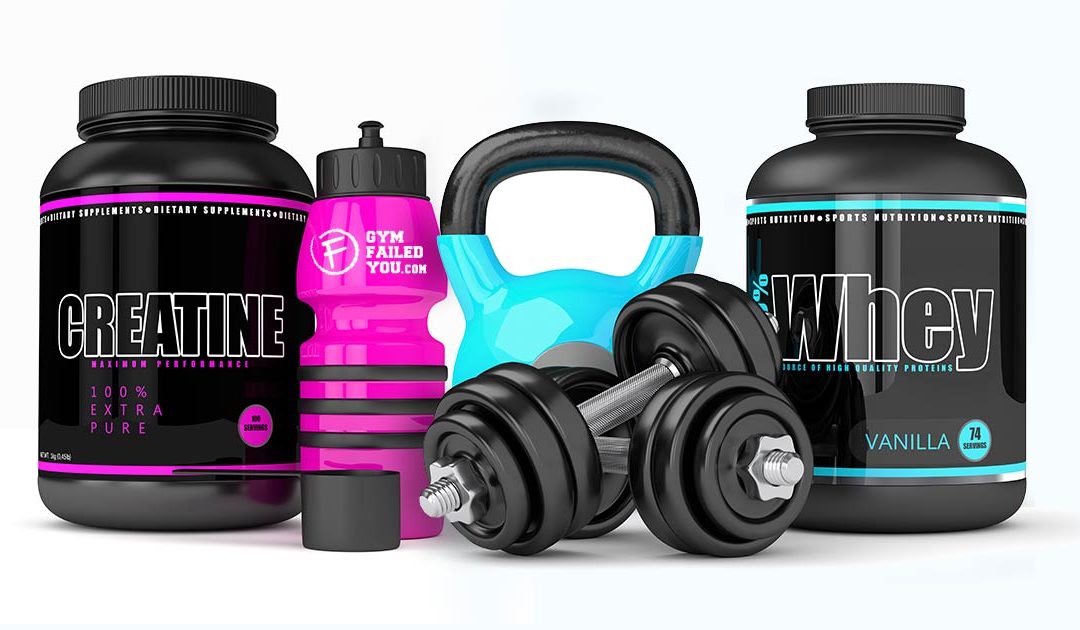 If you’re looking to boost the results of your workouts supplements are where you might turn. At the top of your list is probably going to be creatine vs whey.

I don’t think there’s a supplement out there that has had more research than creatine. And for good reason! Creatine works and it works well. In fact, I’ll go out on a limb and state that creatine is one of the best bangs for the buck!

There is more information on the internet about creatine than almost any other supplement. And I had the good fortune to be studying in college at the time of creatine’s inception.

It was such a hot new supplement that I received several credits of “independent study” just for doing an in-depth literature review on creatine for my professors.

There are so many supplements on the market that may look good on paper, but the visible effects are minimal to none. I can sum up creatine in one word. Legitimate!

And whey is the close second to creatine. It too is an outstanding supplement that offers a great return on your investment. 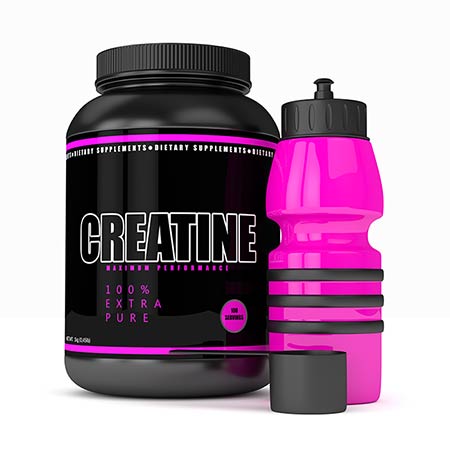 Creatine phosphate is an important component of the energy production system of a cell. In fact, it’s critical.

We produce a small amount of creatine from a few amino acids, so it’s not essential. And we store creatine phosphate in most of our cells, but predominantly in muscle tissue.

But our capacity for storage is larger than what’s kept in store. That’s why we can supplement creatine to increase our “pools” for an on-demand need.

What does creatine do?

What creatine does can get very complex. So here’s a simplified explanation I’ve given over the years:

How is creatine absorbed?

When we supplement creatine, it’s absorbed in the small intestine. It relies on a sodium and chloride transport system.

Once circulating in the blood, it’s easily and rapidly taken up by the liver, skeletal muscle, kidneys, brain, and other tissue.

The majority ends up in the skeletal muscle. One more reason it’s a great supplement that offers a huge bang for the buck.

Creatine for training and other benefits

Using the explanation from above of how creatine works, let’s use a lifter squatting as an example.

Suppose an individual is squatting a weight that fails at 8 reps without the use of creatine. Well, they’ve exhausted their immediate ATP stores and the small amount of creatine loaning its phosphate group.

Now, let’s say we increase the size of that creatine “pool.” Then there are more phosphates to pass on and for ATP production. You can read that as a little more energy to get the 9th rep.

The additional stores of creatine have shown to be beneficial in a number of systems. Not just muscular.

There’s been a lot of accumulating research showing a positive impact on brain tissue from the supplementation of creatine.

It’s been shown to improve cognitive processing under multiple conditions. It also has a “protective effect” on brain tissue.

“creatine… plays key roles in the brain including buffering energy supply, improving mitochondrial efficiency, directly acting as an anti-oxidant and acting as a neuroprotectant.”

“When considering the influence of supplementation strategies on cognitive processes, it appears that creatine is most likely to exert an influence in situations whereby cognitive processes are stressed, e.g. during sleep deprivation, experimental hypoxia, or during the performance of more complex, and thus more cognitively demanding tasks.

Evidence exists indicating that increased brain creatine may be effective at reducing the severity of, or enhancing recovery from mild traumatic brain injury….”

When to take creatine: pre-workout, post-workout or other?

There has always been a controversy as the best time to take creatine before or after a workout. Over the years, with piles of data, we can safely say that the differences are finite.

You’re relying on your “storage pool” during activity, so timing isn’t crucial.

BUT, some research has shown that there’s an improvement in uptake immediately following exercise.

In other words, if you’re looking to squeeze every ounce of benefit out of creatine, take it immediately after exercise.

How to take creatine

There are a few tried and true methods for using creatine. In the past, “the loading phase” was a big deal. It’s still part of the protocol, but it’s been found that long-term consistent use will achieve the same results.

So, load it for 5 days taking 5 grams 3-4 times a day. If you’re small-framed, the lower number is fine. Otherwise, stick with four times a day for 5 days.

Now, that said, if you just take 5 grams a day, you’re stored amount of protein will eventually reach a level as if you loaded.

If you’re in a hurry, load it. Otherwise, slow and steady will get you there too.

Taking it with a post-workout meal has been shown to increase its retention. I’m not convinced it’s necessary for the same outcome in the long run.

What is whey protein? 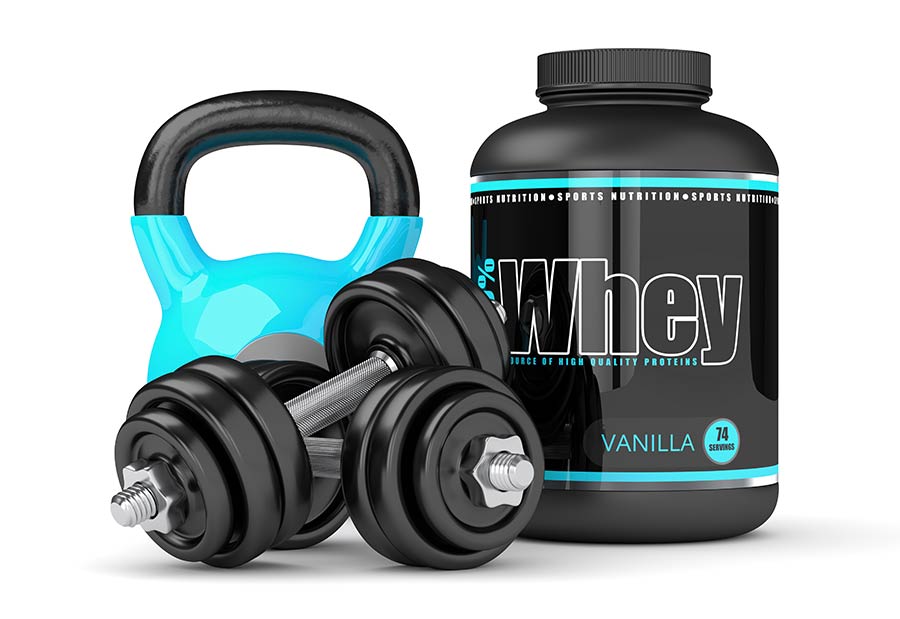 This one’s easy… cow’s milk. Milk is predominantly made up of two types of protein:

Whey protein has been in use for centuries. In the past, it was used as livestock feed, fertilizer, or thrown away.

Over time, we began using it as a food additive for many of the household food products with which we grew up. Before our chemical technology improved.

Whey protein has come such a long way as a supplement since then.

The improvements were driven by fitness enthusiasts. They were excited by how fast whey protein was absorbed and its abundant quantities (read that as inexpensive).

This drive improved the manufacturing of whey protein concentrates significantly. In both the chemical and functional properties. It led to the superior product we have today.

What does whey protein do?

Thanks to its overwhelming use by many industries, there is A LOT of research on what whey protein does. It is absorbed faster than casein. It also stimulates better muscle protein synthesis (growth) than casein.

To build muscle mass, at least 20 grams of whey protein should be ingested post-workout. This is the generally accepted standard for an average 176-pound male.

Based on those numbers we can easily adjust for sex and body composition for any individual. Read more about the science of protein digestion.

Is creatine in whey protein?

That said, they are the best two supplements to combine. A quality product purchased in bulk of both creatine and whey goes a long way.

Keep things simple and add your creatine to your whey protein shake. Then drink it after your workout for the best outcome.

When should I take whey protein: pre-workout, post-workout or other?

You can learn more about this in my article BCAA vs Whey Protein: The Definitive Guide [Save Money], but here’s a summary:

Immediately after a strength training workout or endurance event. This will help if you’re either trying to spare muscle or add muscle. It also helps with recovery, minimizing muscle soreness.

Thirty minutes before a strength training workout or endurance event. This helps to spare muscle.

The return on investment from creatine

Creatine is inexpensive. And it works really well.

We don’t need to complicate this section at all.

A daily spoonful works out to about 12 cents a day. I challenge anyone to find a supplement with such a large impact that costs that little.

For years, there was a big stink that creatine was dangerous. One more example of how the media loves to blindly look at one research article and amplify the findings. Regardless of its accuracy.

Well, three decades of research have proven that creatine is harmless. In fact, it’s been found as beneficial even outside athletics and fitness.

An old professor of mine (Jose Antonia) and now one of the premier researchers in sports nutrition sums up creatine very well in his review on creatine: Common questions and misconceptions about creatine supplementation: what does the scientific evidence really show?

So, yes, creatine is safe.

Budget for only one? Are you trying to decide to buy creatine or whey protein? Here is a guide to help you make your decision.

My take on creatine vs whey protein

If you can only afford one supplement, make it creatine. You can still get your protein from whole food if whey is eliminated.

But not creatine in the quantity necessary. Look at the bright side, creatine is very inexpensive. Especially if you buy in bulk.

So, bottom line, there is no supplement that is a better bang for the buck! And since whey is its close second, combine them for a “dynamic duo!”

Yes, decades of research have proven that creatine is a very safe and beneficial supplement.

Creatine is used by power athletes, weightlifters, and more recently by the aging population to help minimize muscle atrophy. There are also neural benefits.

Creatine loans ADP a phosphate to create ATP, which is the first line of energy production.

Can creatine cause acne?

No. It has no bearing on our sex hormones.

Will creatine help me lose weight?

No. It will actually cause a small increase in weight from the additional water it carries into the cell.

Can creatine make you angry?

Again, no. It has zero bearings on your sex hormones.

References on Creatine vs Whey Protein

Albl, Alice Alexandra. “A Review Of Creatine And Its Role In Muscle Strength And Balance,” Medicine, (2018). 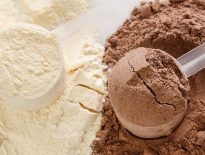 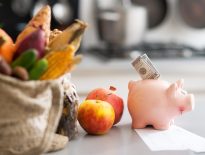 Nutrition 13 Easy Steps to Eating Healthy on a Budget [Defin…