Definitive Guide to Creatine: When, How Much, Loading, and More

Home  »  Uncategorized   »   Definitive Guide to Creatine: When, How Much, Loading, and More 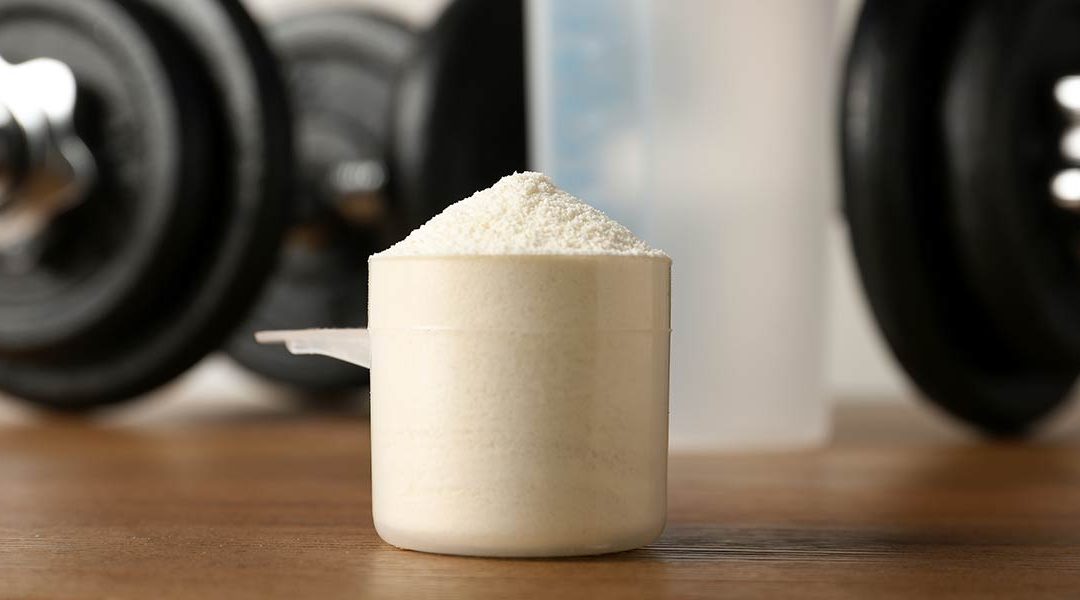 Creating has been around for a long time in the supplement world. But so have I! And it’s due time I cover decades of research about creatine all the way up through 2020.

I was fortunate to be in my undergrad when creatine was a hot new supplement. My professors gave me a lot of independent study credits just to do literature searches and summaries for them on creatine. They didn’t have to ask me twice!

Fast forward twenty-six years and I can finally fill you in on everything I’ve learned.

Let’s get our creatine on!

Creatine phosphate is a critical component of the energy production system of a cell.

Creatine is not an essential nutrient because we produce a small amount of it from a few amino acids. In fact, we store creatine phosphate in most of our cells. Muscle tissue is the “bulk” storage site for creatine.

We can supplement creatine to increase our “pools” for an on-demand need because our storage capacity is larger than our production capacity.

This leads to the basic question, what does creatine do? Let’s break this down in a simplified step-by-step process.

This reaction happens very rapidly. And it depletes muscle stores of creatine phosphate quickly. Supplementing with creatine can offset fatigue during anaerobic exercise.

What is Creatine used for?

As a supplement, creatine increases the amount of phosphate available to ADP/ATP. This adds a very small amount of energy to an “all-out” effort movement.

The application of creatine is best left to the explosive exercise rather than endurance-based exercises. In other words, it’s good for that “one last rep” on your max lift. Or in the case of explosive power involving all-out sprints in any form, it’s also effective.

Study after study has shown creatine to be ineffective in endurance events. Even if the event involves an explosive sprint at the end.

What is Creatine Monohydrate?

There are several analogs of supplemental creatine. Creatine monohydrate is the most common. The term “monohydrate” just means it incorporates one molecule of water for each molecule of creatine.

This has no bearing on the outcome. In fact, this is the most researched and used form on the market. You needn’t get hung up on other analogs or any hype that goes along with them.

The bottom line, this one works.

Creatine Phosphate: what is it?

If you consume pure creatine, your internal chemistry will do the job and add a phosphate group. In fact, ATP is converted to ADP to phosphorylate creatine.

But typically, the creatine you find for sale is creatine monohydrate. And most of the research is based on this type of creatine.

The role of Creatine Phosphokinase

Creatine phosphokinase is another name for creatine kinase. This is the enzyme that catalyzes the exchange of phosphate from creatine phosphate to ADP to make ATP. It also works in the opposite direction.

Without this enzyme, energy production would come to a screeching halt.

Creatine may have some benefit in the treatment of depression. There’s some supporting research, but more is necessary before drawing a conclusion.
Creatine as a neuroprotector: There’s a substantial amount of research supporting a neuroprotective aspect of creatine. It’s thought that it acts as an antioxidant and neuromodulator. The application seems to be relevant in situations with neurodegenerative disorders.

Creatine actually plays a significant role in brain energy homeostasis. It typically helps during times of sleep deprivation and with the elderly. It shows minimal support for improved cognition in individuals who are unimpaired.

Its use in cancer patients:

It’s not so much that creatine helps combat cancer directly. But rather it helps maintain lean muscle tissue in cancer patients. This in itself is a huge benefit that plays a supporting role in the battle against wasting in cancer patients.

Creatine and the elderly:

Supplementation of creatine has been shown to increase brain creatine. Subsequently, this has shown improvement in cognitive processes in the elderly. This is an exciting development because creatine is safe and inexpensive. With that said, this is still new research. We need more studies to be reproduced before definitely making statements about creatine and aging.

Because creatine is safe, effective, and inexpensive, it’s a no-brainer to incorporate it into your regimen. Especially if it improves any of the above criteria even a small amount!

Side effects of Creatine

Supplemental creatine has been around a long time. And it’s been a favorite for research! Let’s look at some claims and side effects of creatine to see what a review of the real research says.

Creatine is bad for your kidneys

No conclusive evidence exists to back this statement.

Initially, yes. But the amount is negligible and welcome in most populations using creatine.

Creatine will dehydrate you

No conclusive evidence exists to back this statement.

The research is still new. But there is promise that it might help with major depressive disorder. The association may have a link with energy production in the brain.

Creatine is unsafe for adolescents

Because of the ethical dilemma of doing research on minors, there’s very little. But history has shown no real issues.

There is no quality research I could find denouncing creatine. It’s one of the most heavily studied ergogenic aids on the market.

The only research that falls short is on its use by adolescents. This is not to say it’s dangerous for teenagers to use creatine, just that there’s not a lot of research.

When to take Creatine

When is the best time to take creatine? You’ll reap the benefits of creatine regardless of when you take it. But for those of you who want to maximize the return on investment, taking creatine immediately after your workout is superior.

Fortunately, this is an easy act to follow. Adding 5 grams of creatine to your whey protein shake for your postwork is easy and inexpensive. It’s pretty much the standard.

Regardless, creatine is best absorbed when consumed with protein or carbohydrates.

I’ve seen mixed reviews on creatine loading. Some of the researchers for whom I have a deep respect for have found that there’s still an advantage to loading creatine.

In my personal experience, I’ve seen it work just fine by starting with and continuing a maintenance dose. That dose is 5-10g/day consistently.

There is likely an advantage to loading first if you’re looking for more rapid results. The old adage that taking 20-30 grams a day for 6-7 days has proven successful time and time again.

With this knowledge and the fact that creatine is safe and inexpensive, the only reason to avoid loading is to avoid a small weight gain.

There is no corresponding data that suggests women should avoid creatine as a supplement. It is safe and encouraged for any females looking to gain the advantages creatine has to offer.

There has been speculation that it can help reduce sarcopenia (muscle loss from aging) in women, but I found mixed reviews in my literature search.

Also, some research has shown that the benefits exist without weight gain in women who do not load creatine.

So, if you’re female and you’re concerned that creatine could cause a hormonal problem or masculinize you, you needn’t worry. Add it to your regimen.

Creatine monohydrate will give you the results you’re looking for by taking creatine. There’s no need to spend additional money on a fancy new analog. Any reputable company that’s been around for a long time will supply you with a quality creatine product.

Very few of the companies actually produce their own creatine anyway. They buy it from a manufacturer and package it under their label. This is common practice.

Creatine is inexpensive and easy to manufacture, so you’re likely getting a quality product regardless of the brand.

The takeaway is to buy any creatine monohydrate from a reputable company that’s on sale.

Does creatine break a fast?

No. But it’s best absorbed with carbohydrates or protein which elicit an insulin response. Exercise also helps absorption because of the epinephrine spike, which acts similar to insulin.

So save the creatine for when you’ve eaten a meal, had a protein shake, or after exercise.

Even though it won’t break a fast on its own, you’re best to take it with calories that induce an insulin response.

Alcohol may have a small effect on creatine kinase, which is the enzyme that facilitates the transfer of phosphate from phosphocreatine to ADP to make ATP. To what degree, I’m unsure.

Otherwise, light alcohol use will have little effect on your creatine supplement regimen. That said, keep your alcohol consumption to a minimum if you’re trying to build muscle and stay healthy.

But there will be no detrimental effects on creatine levels.

Creatine has always been my favorite supplement/ergogenic aid for good reason. Why? Because creatine has one of the highest returns on investment of any legal supplement. And it’s safe.

If you’re on the fence about trying creatine as a supplement, I encourage you to give it a shot. In my experience, a few people have gotten nothing from it or felt some GI distress. This is rare. And if that’s the case for you, just cessate your use and give it to a friend.

Regardless, An old professor of mine (Jose Antonia) and now one of the premier researchers in sports nutrition sums it up very well in his review on creatine: Common questions and misconceptions about creatine supplementation: what does the scientific evidence really show?

How has creatine worked for you in your training regimen?

Does creatine expire?
If left sealed in a dry environment, creatine should outlast your need for the supplement.

Does creatine make you gain weight?
Yes, but it’s a small amount of weight. And it can be used for acute periods at sub-loading quantities to improve performance for an event that’s relevant.

If your current stores of creatine is low and you load over a week, you may experience very mild bloating. This typically goes away over time.

Definitive Guide to Creatine: When, How Much, Loading, and More 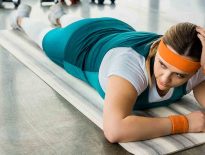 Uncategorized How long does it take to lose weight?