How to Avoid or Recover from Delayed Onset of Muscle Soreness After Working Out?

Home  »  Workouts and Exercises • Health and Fitness   »   How to Avoid or Recover from Delayed Onset of Muscle Soreness After Working Out? 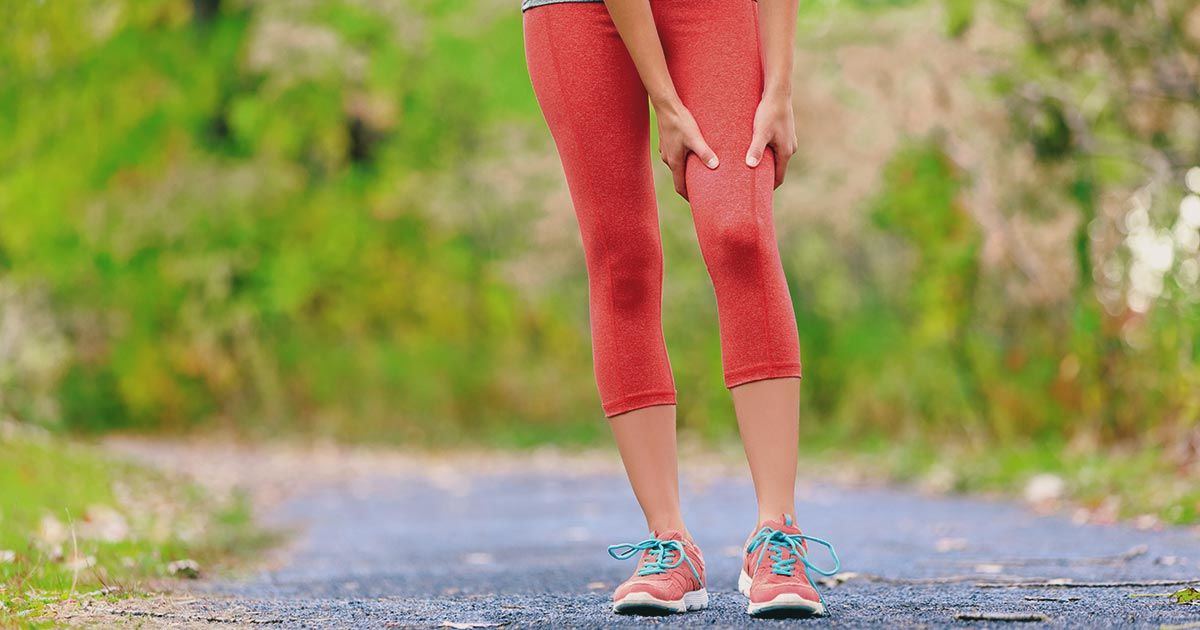 That really hard workout you had on Monday didn’t make you sore on Tuesday, but you’re hurting on Wednesday… why??

If that workout was your first session with a trainer, then there’s no way around the soreness since it’s new to you. That said, your new trainer should have taken it easy on you to minimize the muscle soreness.

If he/she pushed you hard with the intent of causing soreness, find another trainer (quickly).

Click to Jump to a Section
The anatomy and physiology of muscle tissue
How the muscle works
What is DOMS
What type of exercise causes DOMS
What part of the muscle is damaged
Are DOMS Related to an Injury?
Why the delay
What can you do about the soreness
What Doesn’t Help Relieve DOMS
Conclusion on DOMS

Before I go on, I need to mention there are actually two other categories of muscle soreness relating to exercise. They are:

If it was your first workout ever or in a long time, it’s more likely rapid onset muscle soreness. But you can still address it the same way as DOMS.

Those two are not what we’re interested in covering in this article.

Back to the point…

I imagine you woke up two days later and asked, “why are my muscles so sore after that workout.”

And there was very likely a loss of strength too.

This soreness we’re referring to is called DOMS, or delayed onset of muscle soreness. So, what causes it and why does it take several days for the pain to set in? Good question!

Let me say right out of the gate that you do not need to be super sore to make progress with your workouts. Mild soreness is fine.

Read on to find out why and what to do when you’re sore from exercise.

The Anatomy and Physiology of Muscle Tissue

So, let’s first look at the gross anatomy of muscle tissue simplified

You can think of muscles as one of those Russian dolls [Matryoshka] that each contains a smaller version of itself. 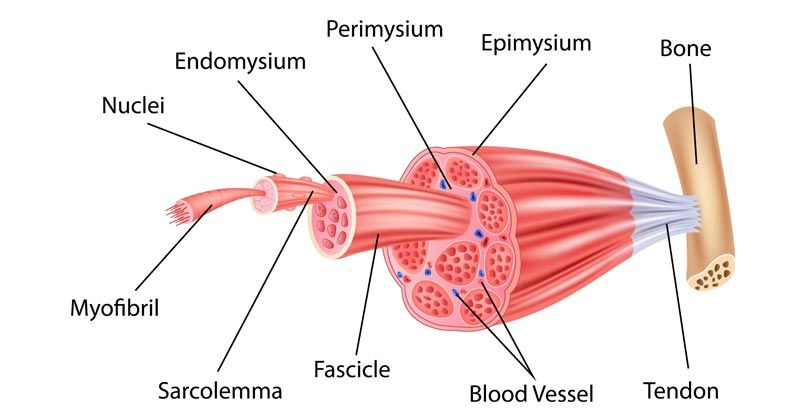 The smallest part we’re concerned with is the myofilament (we’ll get back to that later). We will not worry about the endomysium, fascicles, and epimysium, which are the names of the different sheathed bundles.

So, that’s simplified version of the anatomy. What about the physiology of the muscle as it relates to muscle soreness?

How the Muscle Works: Putting the Anatomy and Physiology Together

Let’s go back to the first level of muscle tissue, which is the myofilament.

The myofilament contains actin and myosin, which are the contractile components of muscle. And there are lots and lots of them.

You can think of myosin as fingers that reach up and grab a rope (the actin) and pull at a microscopic level. Picture a person climbing a rope hand over hand. Not precise, but a generalized explanation.

It all starts with an action potential. A what? Skip the next two lines if you’re not interested in technical information.

An action potential is an influx of electrolytes (sodium and potassium), which depolarizes the membrane and moves in a wave.

This wave causes calcium to be released from a storage site in the cell (sarcoplasmic reticulum). The calcium released is heavily involved in the movement of actin and myosin and a disruption of its balance can be another potential cause of DOMS.

What is Delayed Onset of Muscle Soreness (DOMS)?

The exact damage is still (surprisingly) a mystery.

But the following may be factors involved:

What Type of Exercise Causes DOMS?

Any type of strength training requiring excessive force on our muscles damages the muscle fibers.

It’s the eccentric phase of the movement that is the most damaging phase of the exercise. Simply put, this is the lengthening of the muscle, usually in the direction of gravity.

Imagine the biceps curl (we can all picture that movement). The eccentric phase is the lowering of the weight from the top down.

Many athletes and trainers will eccentrically load a muscle to increase the damage. Which results in stronger muscles overall after healing.

Eccentrically overloading a muscle is achieved by doing more weight than the muscle can concentrically handle (the shortening of the muscle or contraction) during the eccentric phase. Also called ”negatives.”

Muscles are stronger during the lengthening phase, so this is very doable. Only thing is, IT’S A VERY ADVANCED METHOD.

In other words, if you’re not a seasoned lifter or athlete, you should not be overloading the eccentric phase of muscle movement.

If you’re new and your trainer is doing this, find another trainer. But note if they tell you to move slowly during the “negative,” that’s fine and a good thing. It’s not eccentrically overloading your muscle.

Okay, so you didn’t eccentrically load the muscle, but you’re still sore. What gives?

Well, you still performed the eccentric (lengthening) phase of the exercise, so there will still be some damage. This is technically a good thing.

What Part of the Muscle is Damaged?

There are several types of muscle fibers. Fast twitch and slow twitch. The fast twitch fibers are further broken down into categories, but it’s not relevant. Just know that fast produce explosive power and slow have more endurance.

It is in the fast-twitch fibers that most of the damage seems to occur. Those fibers which produce explosive power for very short durations.

This makes sense since fast-twitch fibers are predominantly recruited during heavy strength training.

So, this leads us to the question, why does it take several days for the soreness to peak?

The microscopic tears are in the contractile parts (myofilament we discussed). So it’s likely that the amount of time to inflammation takes longer resulting in a delay to the pain.

Are DOMS Related to an Injury?

While technically the pain is caused by the response to the damage to the muscle, DOMS are not associated with an injury.

Muscle pulls and strains are different than DOMS.

A strain typically occurs at the site of the muscle-tendon junction and soreness occurs as damage to random sections of sarcomeresa structural unit of a myofibril in striated muscle within the muscle belly.

This means that muscle strains and soreness (DOMS) are treated differently. We’re just concerned with DOMS.

Why is the Muscle Soreness Delayed?

As discussed before, it’s most likely that the pain and stiffness from DOMS is more related to just inflammation than the actual damage to the muscle.

So, the amount of time before the damaged muscle tissue is inflamed, typically dictates when we feel soreness.

I’ve experienced plenty of clients who are sore the next day rather than two days later. That’s still “delayed” in my book if they’re seasoned and it was a really tough workout…

Also, the belief is that certain regulating metabolites (calcium, etc) accumulate to above normal levels.

What Can You Do About Muscle Soreness? 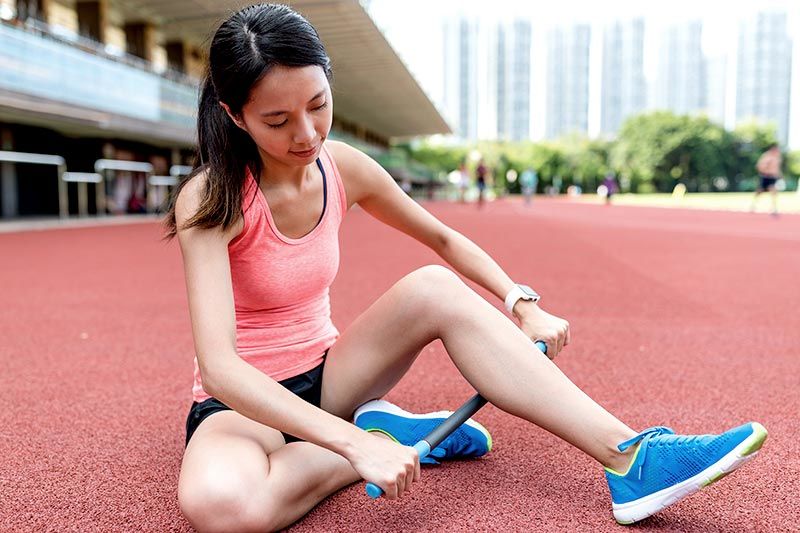 Believe it or not, exercise is the most effective treatment for muscle soreness.

As you can tell, movement or compression of the muscle tissue is far superior to sitting still. In other words, the last thing you want to do is sit on your duff! The pain will just last longer.

In addition to those two, NSAIDS (anti-inflammatory medications) have also been shown to NOT reduce the pain from DOMS.

We’ve looked at some of the anatomy and physiology of the muscle cell and how it functions. We better understand the damage to the contractile components of the muscle as well as the connective tissue.

Pressure changes can also contribute to the muscle soreness.

We learned that the best way to alleviate the pain is to MOVE.

Doing exercise that works the muscles that are not sore will be beneficial in expediting the pain away. Compressing the muscle with a foam roller or lacrosse ball helps too. Lastly, massage and Graston technique are helpful, but the process is painful or difficult to come by.

We learned that stretching, ice baths, and NSAIDs are not so beneficial in alleviating the soreness from DOMS.

I believe that covers the majority of the criteria concerning what is DOMS, why does it occur, what causes it and how can you make it go away quickly.

Until next time, I hope your workouts are great and only make you a little sore.

How long does it take you to feel the soreness from a good workout and what do you do to alleviate the pain?

Research and Resources on DOMS

Herbert Rob D, Gabriel Michael. Effects of stretching before and after exercising on muscle soreness and risk of injury: systematic review BMJ2002; 325: 468

Get Help
Workouts and Exercises

How to Avoid or Recover from Delayed Onset of Muscle Soreness After Working Out? 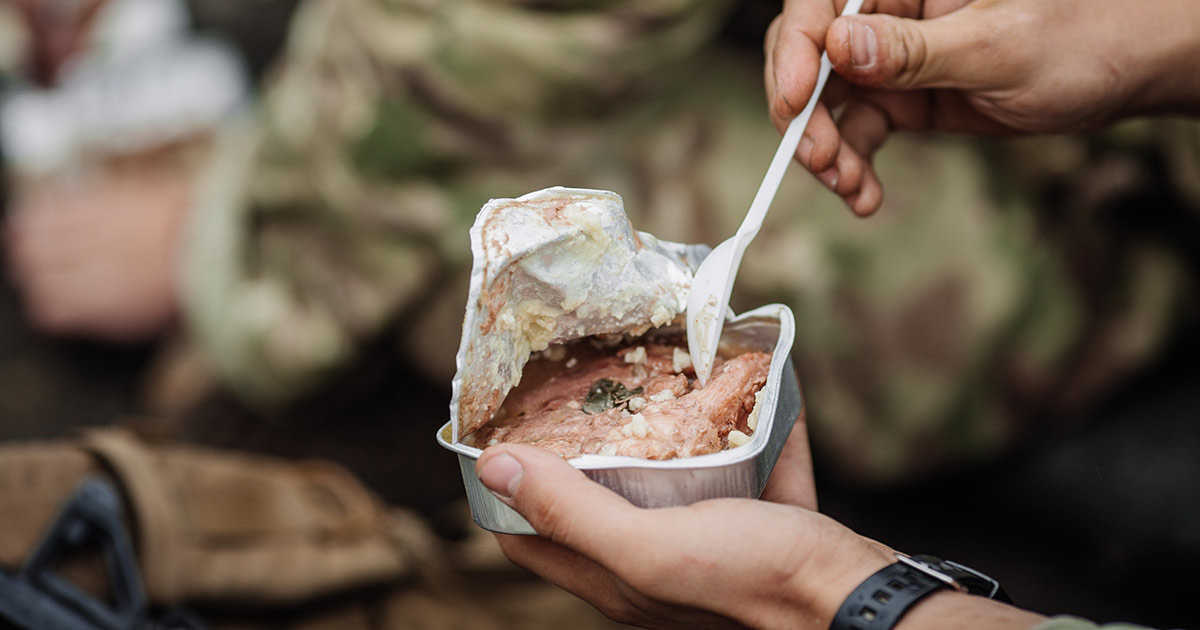 Nutrition What is The Military Diet? Does This 3 Day Diet Wo… 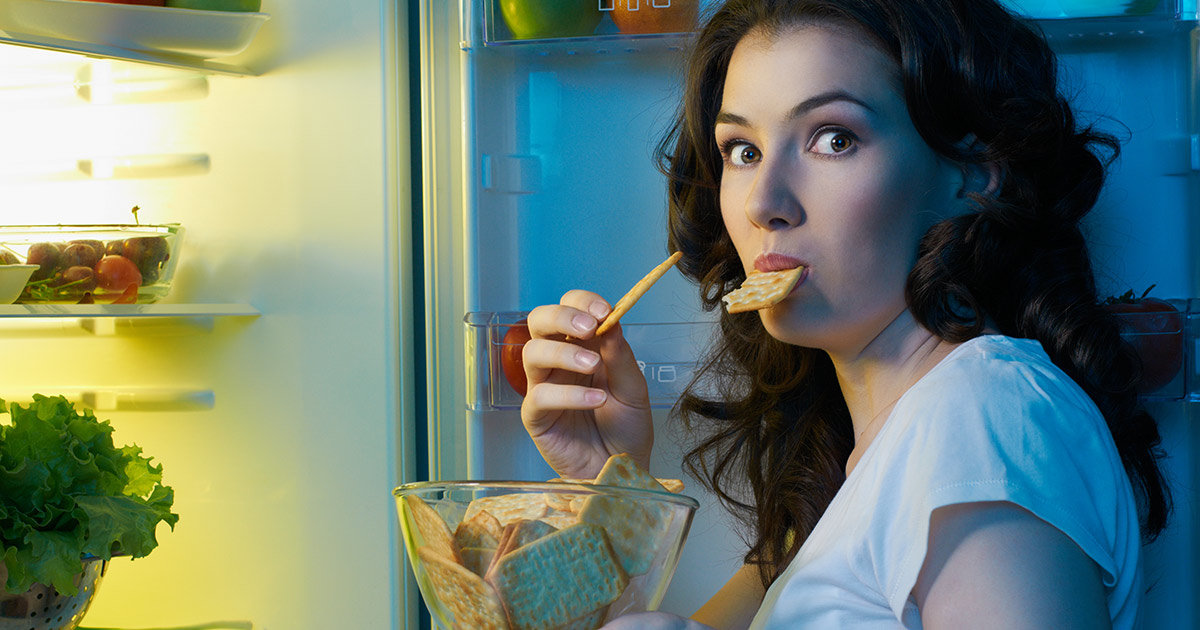 Health and Fitness Why You’re Still Feeling Hungry After Eating…